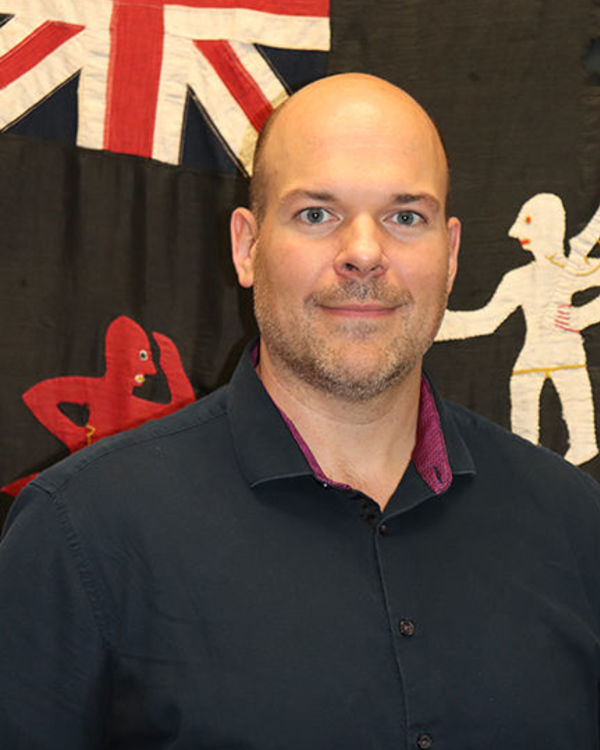 Paul Ocobock is a historian of twentieth-century Africa and British Empire, focusing on histories of capitalism as well as gender and sexuality. He specializes in using a mixed methods approach, blending archival and ethnographic research, such as life histories. He teaches undergraduate courses on Modern Africa, gender and sexuality in Africa, philosophies of History, as well as graduate courses on European imperialism and colonialism in Africa.

Ocobock is the author of An Uncertain Age: The Politics of Manhood in Kenya (Ohio University Press, 2017), winner of the 2018 Morris D. Forkosch Prize from the American Historical Association and a finalist for the 2018 Bethwell A. Ogot Prize from the African Studies Association.

He is currently at work on his second book, Imperial Blend: Kenyan Coffee and Capitalism in the Era of Anglo-American Empire. The project traces the production of Kenyan coffee and its sale and consumption out in the international market over the course of the twentieth and twenty-first centuries. It explores how changes in the regulation of international trade, entangled economic influence of Britain and the United States, and tastes of Western consumers shaped the Kenyan coffee industry and local farmers’ livelihoods.

His work has been published in Social History, The International Journal of African Historical Studies, African Economic History, and Dissent Magazine. He serves as a book review editor for the African Studies Review.