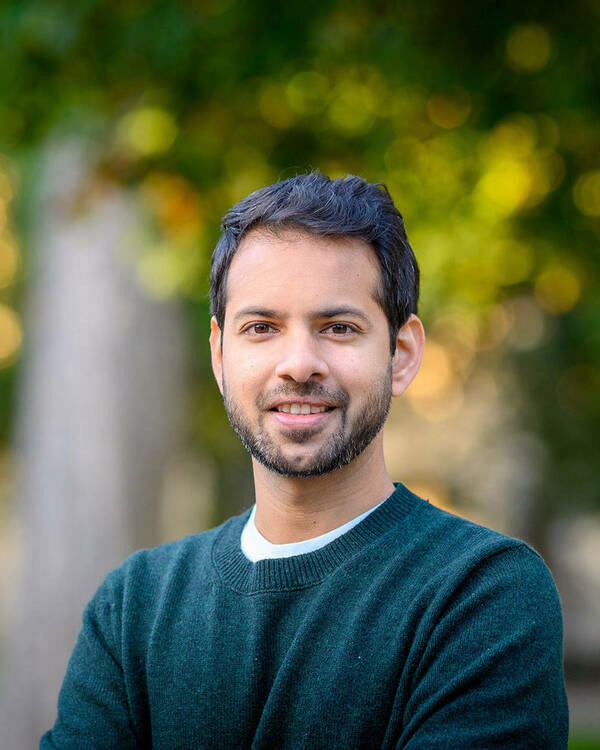 Nikhil Menon is a historian of modern South Asia, specializing in the political and economic history of twentieth-century India. His research explores the histories of democracy and development in independent India. He offers courses on the history of South Asia, modern India and Pakistan, Gandhi, and the global history of development.

Menon’s upcoming book is titled Planning Democracy: Modern India's Quest for Development (forthcoming, Cambridge University Press). It tells the story of how India wedded western-style democracy and Soviet inspired economic planning in the middle of the twentieth century—when the Cold War pitted them as incompatible. It was awarded the Joseph W. Elder Prize in the Indian Social Sciences for the best book manuscript on an Indian subject. An article from this project, on India’s first computers, won the Mahoney Prize from the Society for the History of Technology.

His research has appeared in the Journal of the History of Ideas and Modern Asian Studies. He is a co-editor of The Postcolonial Moment in South and Southeast Asia (Bloomsbury, 2018). He has also written for public forums like The Indian Express, The Caravan, and The Hindu.