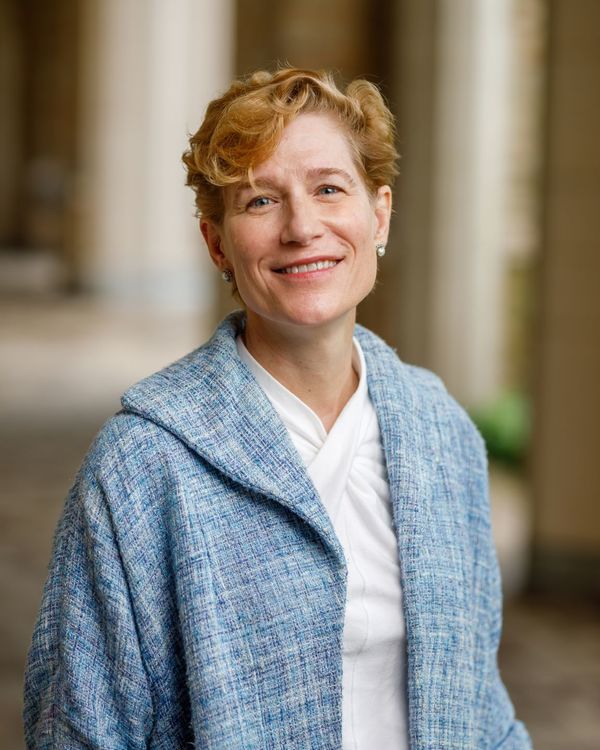 Przybyszewski is interested in how people have used the power and authority of the state in the name of race, morality, religion, even beauty. Her most recent book, The Lost Art of Dress (Basic, 2014) was a New York Times bestseller. It explains how Americans learned—and forgot—how to dress in the modern age. She became interested in the topic when she discovered that the U.S. Department of Agriculture had published pamphlets on how to buy shoes, and that the department had once housed the Bureau of Home Economics and its Division of Textiles and Clothing. She is the author of the American Historical Association’s guide to Religion, Morality and the Constitutional Order (2011), part of the AHA’s series that introduces college teachers to legal topics. Her work on law and religion grew out of her interest in Justice David Brewer, the most widely read jurist of the late 19th Century. Her 2004 Journal of American History article, “Judicial Conservatism and Protestant Faith: The Case of Justice David J. Brewer,” is part of larger set of projects on the role of religious faith in the legal thought of ministers, doctors, and jurists in the late 19th and early 20th centuries. Her first book, The Republic According to John Marshall Harlan (UNC, 1999), explains how the only consistent 19th Century defender of black civil rights on the U.S. Supreme Court justified his famous dissents, including that in Plessy v. Ferguson (1896). She teaches courses on a wide range of topics in legal and cultural history, including crime, the gap between popular and academic history, the era of the U.S. Civil War and Reconstruction, and the history of modern fashion and dress.

Przybyszewski is finishing a book on the Cincinnati Bible War, a dispute that erupted when city’s school board ended Bible reading in 1869. Her article on Stanley Matthews, the lead attorney for the anti-Bible legal team, won the Hughes-Gossett Award for 2017 from the Supreme Court Historical Society. She received a Public Scholar Award for 2016 from the National Endowment for the Humanities. She is concurrent faculty at the Law School, affiliated faculty with the Gender Studies program, and her courses are cross-listed with Constitutional Studies, Poverty Studies, and the Program in Science, Technology, and Values.