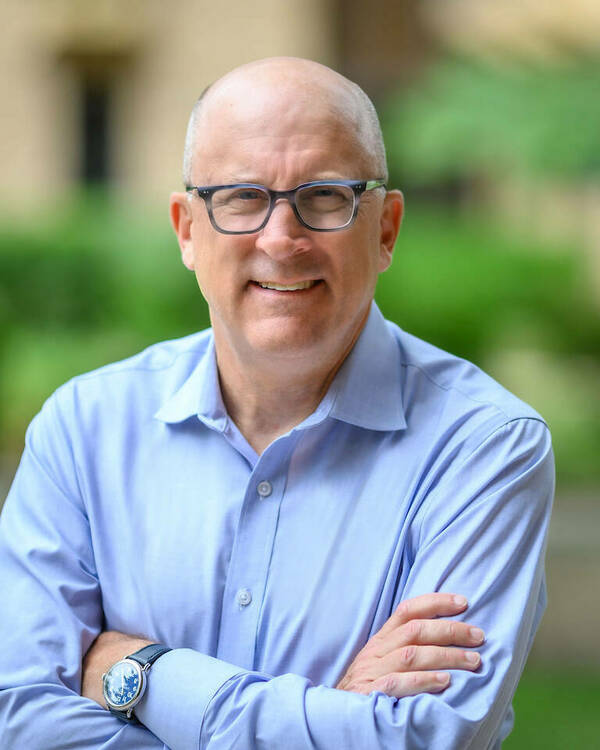 John McGreevy joined Notre Dame’s faculty in 1997. He served as chair of the Department of History from 2002–2008 and dean of the College of Arts and Letters from 2008–2018. He began his term as Charles and Jill Fischer Provost in July 2022.

He is the author of four books. The first, Parish Boundaries: The Catholic Encounter with Race in the Twentieth Century Urban North, was published by the University of Chicago Press in 1996. The second, Catholicism and American Freedom: A History, was published by W.W. Norton in 2003. The third, American Jesuits and the World: How an Embattled Religious Order Made Modern Catholicism Global, was published in 2016 by Princeton University Press. His fourth book, Catholicism: A Global History from the French Revolution to Pope Francis, will be published by W.W. Norton in fall 2022. His essays have been translated into Italian, French and Spanish. He has received major fellowships from the Mellon Foundation, the American Council of Learned Societies, the Louisville Institute, and the Erasmus Institute, and has published articles and reviews in the Journal of American History, New York Review of Books, The Chronicle of Higher Education, Commonweal, The New Republic, Chicago Tribune and other venues. He served on the Pulitzer prize jury for History in 2010 and since 2018 has been the co-chair of the Commonweal Foundation board.