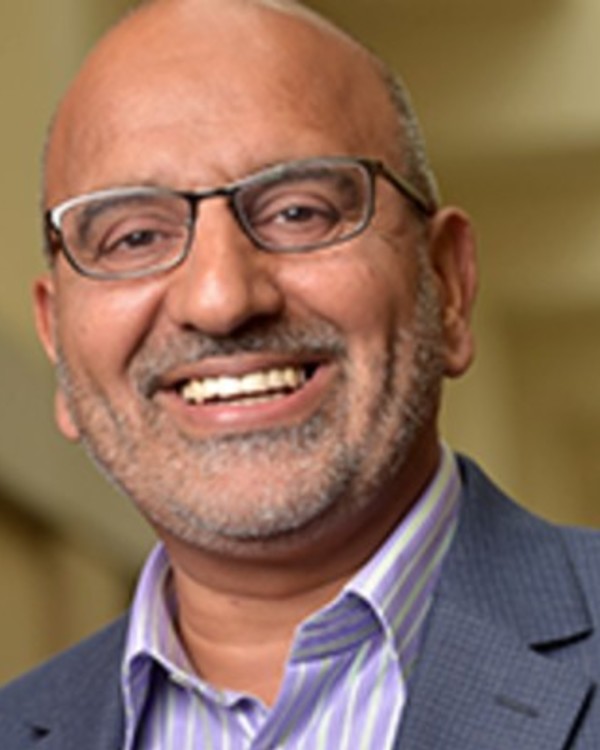 Ebrahim Moosa (Ph.D. University of Cape Town 1995) is Professor of Islamic Studies at the Kroc Institute for International Peace Studies and in Notre Dame’s Department of History.

Professor Moosa also is a senior faculty member in the Keough School of Global Affairs, helping to lead the School's new initiative in Global Religion and Human Development.

Moosa’s interests span both classical and modern Islamic thought with a special focus on Islamic law, history, ethics and theology. He is the author of Ghazali and the Poetics of Imagination, winner of the American Academy of Religion’s Best First Book in the History of Religions (2006) and editor of the last manuscript of the late Professor Fazlur Rahman, Revival and Reform in Islam: A Study of Islamic Fundamentalism.

In 2005 Moosa was named a Carnegie Scholar to pursue research on Islamic seminaries of South Asia. His book What Is a Madrasa? was published in March 2015 by the University of North Carolina Press.

Born in South Africa, Moosa earned his M.A. and Ph.D. degrees from the University of Cape Town. Prior to that he earned a degree in Islamic and Arabic studies from Darul Ulum Nadwatul `Ulama in Lucknow, India. He also has a B.A. degree from Kanpur University and a postgraduate diploma in journalism from the City University in London.

Podcast: Diffused Congruence: The American Muslim Experience (New Books Network interview on What Is a Madrasa?) (58:58)