The Department of History’s two newest faculty members share a common interest in colonialism, although their research has led them to explore this issue in different parts of the globe.

Rebecca Tinio McKenna, whose research has focused on the Philippines, and Paul Ocobock, a scholar of Africa, both join the University of Notre Dame as assistant professors this fall.

“Our increasing ability to understand the developing world is something that’s very important and interesting to us,” says Thomas F.X. Noble, professor and former chair of the department.

Tinio McKenna and Ocobock are the latest in a series of hires that has added eight junior faculty members to the department over the last three years, he notes.

“We’re recapturing some strengths that we’ve had as a department—and finding people who can occupy a niche and expand our knowledge in other areas.” 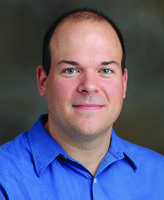 Ocobock is one of four Africa scholars the College of Arts and Letters hired this year in the departments of history, sociology, and political science.

As a graduate student at Oxford University and Princeton University, Ocobock’s research focused on disenfranchised Kenyan young men during the early 20th century colonial era. His 2010 dissertation was titled “Coming of Age in a Colony: Youthhood, Lawlessness, and Colonial Authority in Kenya, 1898-1963.”

“Africa is the poorest place on the planet,” he says. “It has struggled because it has been part of a global structure that has marginalized and exploited it. But despite this, Africa is a place of dynamism, creativity, and innovation.”

In his current work, Ocobock continues to examine the roles that youth experience and generational authority play in that country. With a median age of just 19, Kenya—and much of Africa—is spring-loaded for change, Ocobock says. “Young people are innovative and powerful engines of history,” he says.

As a visiting fellow at the University’s Helen Kellogg Institute for International Studies last year, Ocobock mentored Notre Dame students preparing for research and service trips to Africa and says he looks forward to continuing that work as a faculty member.

His courses this fall include an undergraduate survey of African history to 1800 and a University seminar for first-year students that deconstructs the Mau Mau Rebellion, a precursor to Kenya’s independence in 1963.

“We’ll look at the rebellion from different historical angles, including class, gendered, and generational perspectives.” 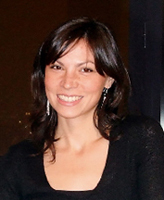 She says she often uses specific locations, such as Baguio, as touchstones for historical learning because “places tell stories.”

“Places are great starting points where both material facts and cultural issues can speak,” she says. “As primarily a cultural historian, I sometimes wonder, ‘How do you conjure through words something as three-dimensional as a place?’”

Tinio McKenna, whose research and teaching interests include United States culture and political economy, completed her Ph.D. in 2010 and was a visiting assistant professor of history at Southern Connecticut State University last year.

In coming to Notre Dame, she says the University’s mission “resonates with my own commitment and sensibility.”

This fall, Tinio McKenna is teaching a course on the Gilded Age and Progressive Era in the United States, and a University seminar that will examine the United States and its place in the world.

“We’ll look at the extent and limits of U.S. power, and the interplay between foreign relations and internal developments in the United States,” she says.

Noble says both Ocobock and Tinio McKenna are exciting additions to the history faculty. “These are two terrific young people with great intelligence and enormous energy and enthusiasm,” he says.