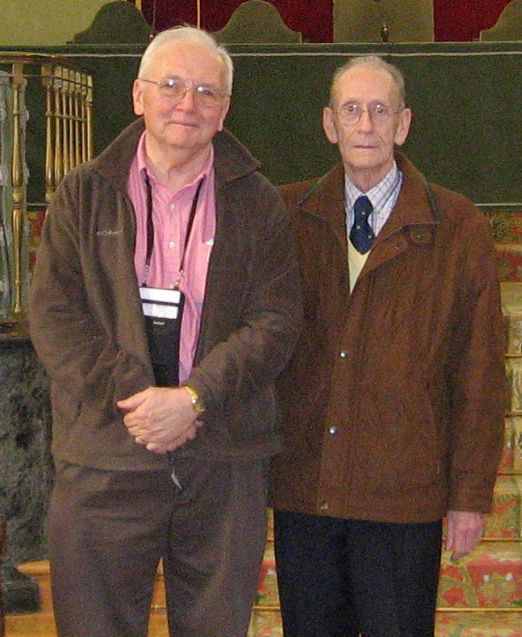 Luis Laita (right) and Michael Crowe, together in Spain.

Distinguished mathematical logician Luis Laita, the first person to receive a doctorate from the University of Notre Dame with training in the history and philosophy of science, died on February 24 after a distinguished career teaching artificial intelligence in his native Spain.

As a Ph.D. student at Notre Dame, Laita studied for a period in the Department of Philosophy with prominent logician Boleslaw Sobocinski before transferring to the Department of History to focus on the history of mathematics. His 1976 dissertation, A Study of the Genesis of Boolean Logic, was directed by Michael Crowe, who is the the Rev. John J. Cavanaugh, C.S.C., Professor Emeritus of the Humanities in the Program of Liberal Studies and Graduate Program in History and Philosophy of Science.

Laita then returned to Spain, where he spent most of his career at the Universidad Politéchnica de Madrid. Laita published more than 100 papers, many of which were in English-language journals. In recognition of his scholarly achievements, the Spanish Royal Academy of Sciences electing him as an associate member in 1994.

Crowe, who kept in touch with Laita over the decades, says his former student had very fond memories of his time at Notre Dame. “He was especially grateful to the Department of History, which showed its breadth by accepting this man of many interests,” Crowe said.

Notre Dame was one of the first universities in the United States to offer a graduate degree in the joint field of history and philosophy of science, with an M.A. first offered in 1970 and a Ph.D. added in 1989. The Graduate Program in History and Philosophy of Science is now housed in the John J. Reilly Center for Science, Technology, and Values.