Seniors Sam Fisher and Justine Murnane from the Department of History were among 30 students selected nationwide to participate in an intensive week of study this summer at the Gilder Lehrman Institute of American History in New York City.

As part of the Gilder Lehrman History Scholars Program, the students attended lectures by prominent historians, dug into the archives at the New York Historical Society, and explored historically significant locations throughout the city. 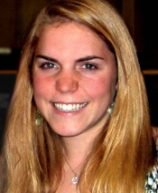 The program’s focus this year was “The Coming of the Civil War,” but Murnane says the diverse backgrounds and interests of her fellow researchers combined to provide a much broader view of history.

“Working with them gave me insight into all the areas that history majors study—from 19th century Native American relations to sports in 20th century East Asia,” she says. “Those who concentrated their studies in the Civil War offered valuable information, and those without Civil War backgrounds offered new perspectives.”

Murnane also came away from the experience with a new perspective. “Edward Ayers, the President of the University of Richmond, explained teleology—studying events in history without considering their results. I believe he said, ’If we don’t forget how things turned out, we can never understand why they did.’ And Eric Foner [from Columbia University] spoke about the different views of causation that historians hold today and the ’revisionism’ of the Civil War that took place in the 20th century,” she recalls. “I had never given too much thought to historiography before, but I found it fascinating that our contemporary lives can have so much effect on the way in which we view the past.” 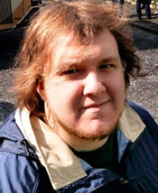 Hearing presentations from college professors, high school teachers, publishers, film directors, and museum curators also gave the undergraduates first–hand exposure to a variety of professions in which they can apply their scholarship.

“My thesis topic was pretty much set before I went, so I wouldn’t say the visit affected that process,” Fisher says, “but we learned about a lot of different careers in history, and it definitely opened my eyes to the opportunities out there.”

Overall, he adds, the “experience was fantastic. I met a lot of interesting people, heard some great lectures, and got to know a fascinating city. I’d definitely do it again.”

Since 2003, 225 students have been named Gilder Lehrman History Scholars, and many have continued their studies in graduate programs at Harvard, Oxford, Cambridge, Columbia, Yale, and the University of Michigan.