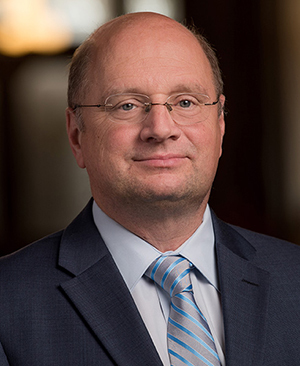 The University of Notre Dame announced Wednesday (Oct.1) the creation of the first new college or school at the University in nearly a century — the Donald R. Keough School of Global Affairs. R. Scott Appleby, a scholar of global religion and a member of Notre Dame’s faculty since 1994, will serve as the Marilyn Keough Dean of the school.

The establishment of the school as well as the construction of Jenkins Hall to house it has been made possible by gifts totaling $50 million from Donald and Marilyn Keough, among the most generous benefactors in the University’s history. Construction of the hall will begin in the spring, and it will open in August 2017.

“Through the Keough School, Notre Dame will prepare students for effective and ethically grounded professional leadership in government, the private sector and global civil society, engaging them in the worldwide effort to address the greatest challenges of our century: threats to security and human dignity that come in the form of crushing poverty and underdevelopment; failed governance and corruption; resource wars; civil wars; and other forms of political violence and human rights violations,” said Rev. John I. Jenkins, C.S.C., president of the University. He added that the school will “devote itself to the advancement of integral human development — a holistic model for human flourishing articulated in Catholic social thought by popes from Paul VI to Francis.”

Father Jenkins thanked the Keoughs for their extraordinary support, describing the couple as “two long-standing champions of Notre Dame.”

The Keough School will be based in Jenkins Hall, a new building to be constructed on Notre Dame Avenue south of the Hesburgh Center for International Studies near the entrance to Notre Dame’s campus. It is named in honor of Father Jenkins, who has prioritized internationalization at Notre Dame.

The school will conduct research on critical issues of international development, peace, human rights and governance; offer a master’s degree in global affairs; and support a range of innovative dual-degree programs and undergraduate programs to enhance students’ preparation for leadership in an increasingly interconnected world.

A graduate of Notre Dame, Appleby earned his master’s and doctoral degrees in history at the University of Chicago. His research and teaching at Notre Dame have focused on religious and intellectual history, global religious movements and international peace studies. An award-winning scholar and the recipient of three honorary doctorates, he is a fellow of the American Academy of Arts and Sciences and of theAmerican Academy of Political and Social Science.

Providing leadership for the Keough School of Global Affairs is an extraordinary opportunity, Appleby said.

“Thanks to the vision for the Keough School, Notre Dame is poised to join the distinguished company of select universities that have been pioneers in international education and global outreach,” he said. “By launching the Keough School now, at a time when the world is faced with unprecedented challenges and opportunities, we can build on the achievements of international affairs while forging dynamic new approaches to research, education and outreach that are truly global.”

Notre Dame Provost Thomas G. Burish added: “Scott is an experienced and talented administrator, a brilliant scholar who is recognized worldwide for his work examining the roots of religious violence and the potential of religious peace building, and a gifted teacher. I am most grateful that he has agreed to take on the inaugural deanship of the school.”

Over the next few years, Appleby will recruit new faculty experts in global affairs for the Keough School while also bringing into greater coordination Notre Dame’s strengths in human development, international peace, justice and human rights, global religion and other issues of particular concern to a Catholic research university.

Donald Keough is chairman of the board of Allen & Company Inc., a New York investment banking firm. He retired as president and chief operating officer of The Coca-Cola Company in 1993. A longtime director of the company, he currently serves as an adviser to the board of directors. He has been a member of the University’s Board of Trustees since 1978, serving as chair from 1986 to 1991.

“Mickie and I are grateful for the opportunity to have played a small part in the establishment of the School of Global Affairs,” Keough said. “We are excited for the generations of students who will benefit from it.”

In addition to Jenkins Hall, the Keoughs have made several other significant contributions to Notre Dame for a variety of educational and residential initiatives, including the Keough-Naughton Institute for Irish Studies; two endowed chairs in Irish studies; a summer internship program for Notre Dame students in Ireland; Malloy Hall, which houses the Departments of Theology and Philosophy; three library collections; the restoration of O’Connell House in Dublin; the Keough-Hesburgh Professorships for leading scholars who demonstrate a commitment to Notre Dame’s Catholic mission; and a men’s residence hall named in Marilyn Keough’s honor.

The last college or school established at Notre Dame was the College of Foreign and Domestic Commerce — now the Mendoza College of Business — in 1921.

To view the original article by University spokesman Dennis Brown published on October 3, 2014, follow this link.