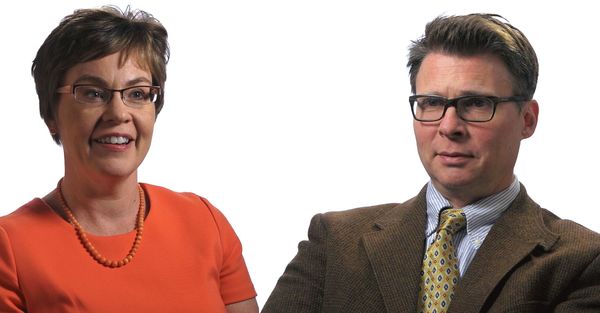 Cummings, who has served as the William W. and Anna Jean Cushwa Director of the Cushwa Center for the Study of American Catholicism since 2012, writes about the history of Catholics in America and the history of women and religion. Her current project is about American saints — causes for canonization that have been introduced from the United States.

When you look at which men and women U.S. Catholics have wanted to become saints, you actually learn an awful lot about how they understood themselves, not only as Catholics but also as members of American society.”

Griffin studies early America from Atlantic perspectives. His work integrates American history with British and Irish history, exploring how various trends and dynamics defined that space and connected the old world to the new to allow 18th-century Americans to redefine who they were. He is currently finishing a book on the relationship between imperial reform and revolution.

What I saw was a dynamic world that was really on the cusp of becoming something different, and that captured my imagination. It captured my attention and I've been brought back time and time again because I just find there are so many more interesting things to explore in the 18th century.”