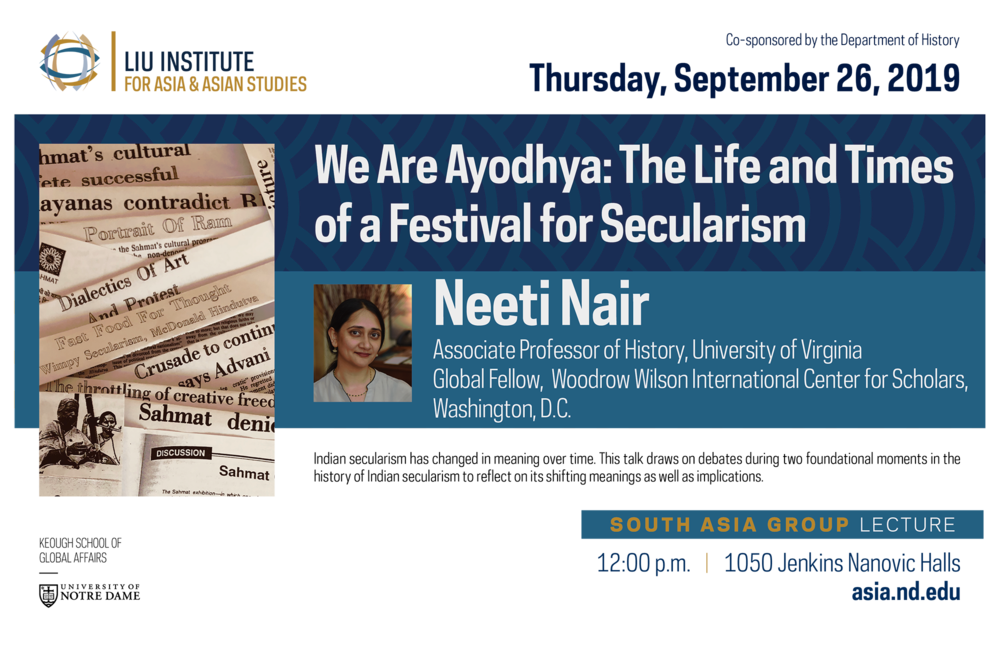 About the Lecture
We are Ayodhya: The Life and Times of a Festival for Secularism

Indian secularism has changed in meaning over time. This talk draws on debates during two foundational moments in the history of Indian secularism to reflect on its shifting meanings as well as implications. The first moment is at the time of the passage of the 42nd constitution amendment bill in 1976, when the word ‘secular’ was added to the Preamble to the Constitution of India. The second moment is during the fallout of a festival for secularism, Hum Sab Ayodhya, (We are Ayodhya) that was organized by a cultural organization named SAHMAT following the destruction of the Babri Mosque in Ayodhya in north India in 1992. My talk will discuss how these changes in the burdens of secularism, over a fairly short space of time, are reflective of deeper challenges and transformations in India.

Neeti Nair is an associate professor of history at the University of Virginia, and a Global Fellow at the Woodrow Wilson International Center for Scholars in Washington DC. She is currently working on a book manuscript, ‘Hurt Sentiments and Blasphemy in South Asia.’

Co-sponsored by Liu and the South Asia Group