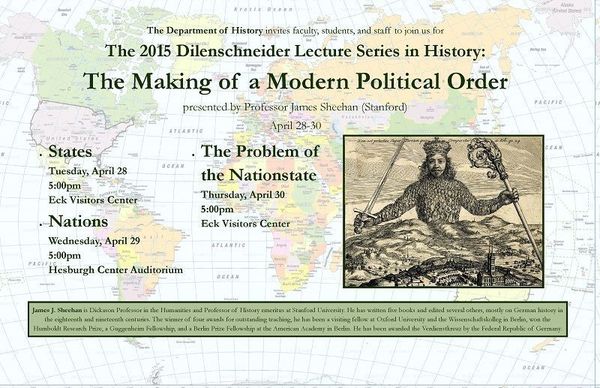 The Department of History invites faculty, students, and staff to join us for the third lecture of the 2015 Dilenschneider Lecture Series in History: The Making of Modern Political Order, "The Problem of the Nationstate".