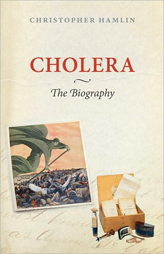 Hamlin explores the history of cholera, looking at both the medical success in the West and the different attitudes to the disease in places where it is prevalent. This book is part of the Oxford Biographies of Diseases series, which tells the story of a particular disease or condition throughout history—including the growing medical understanding of its nature and cure as well as shifting social and cultural attitudes, and changes in the meaning of the name of the disease itself.

The Most Controversial Decision: Truman, the Atomic Bomb, and the Defeat of Japan 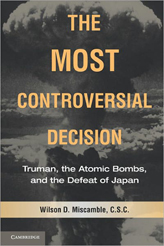 This book looks at the American use of atomic bombs and the role they played in the defeat of the Japanese Empire in World War II. Miscamble focuses on President Harry S. Truman’s most controversial decision, confronting head-on the highly disputed claim that the Truman administration practiced “atomic diplomacy.” He also asks whether it was morally right for the United States to use these weapons against Hiroshima and Nagasaki, and offers a balanced evaluation of the relationship between atomic weapons and the origins of the Cold War.

Read the Wall Street Journal review of The Most Controversial Decision

Images, Iconoclasm, and the Carolingians

The iconoclast controversies have long been understood as marking major fissures between the Western and Eastern churches. In this book, Thomas F. X. Noble suggests that the lines of division were not so clear and provides the first comprehensive study of the Western response to Byzantine iconoclasm. By comparing art-texts with laws, letters, poems, and other sources, Noble reveals the power and magnitude of the key discourses of the Carolingian world during its most dynamic and creative decades. Winner of the 2011 Otto Gründler Book Prize.

Clouds of Witnesses: Christian Voices from Africa and Asia 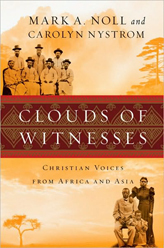 As Africa and Asia take their place as the new Christian heartlands, a robust company of saints is coming into view. In 17 narratives, Noll and Nystrom introduce pivotal Christian leaders from these continents who displayed tenacious faith in the midst of deprivation, suffering, and conflict. Spanning a century, from the 1880s to the 1980s, these leaders’ stories demonstrate the vitality of the Christian faith in a diversity of contexts.


Jesus Christ and the Life of the Mind 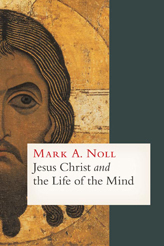 Noll shows how the orthodox Christology confessed in the ancient Christian creeds, far from hindering or discouraging serious scholarship, can supply the motives, guidance, and framework for learning. Christian faith, Noll argues, can richly enhance intellectual engagement in the various academic disciplines—and he demonstrates how by applying his insights to the fields of history, science, and biblical studies, in particular.


The Tejano Diaspora: Mexican Americanism and Ethic Politics in Texas and Wisconsin 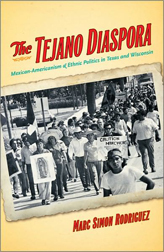 Each spring during the 1960s and 1970s, a quarter million farm workers left Texas to travel across the nation to harvest America's agricultural products. During this migration of people, labor, and ideas, Tejanos established settlements nearly everywhere they traveled, influencing concepts of Mexican Americanism in Texas, California, Wisconsin, Michigan, and elsewhere. By providing a view of the Chicano movement beyond the Southwest, Rodriguez reveals an emergent ethnic identity, discovers an overlooked youth movement, and interrogates the meanings of American citizenship.

—The University of North Carolina Press


Macaulay: The Tragedy of Power 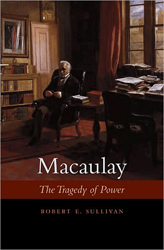 Sullivan offers a portrait of English historian and politician Thomas Babington Macaulay that probes the cost of power, the practice of empire, and the impact of ideas. His Macaulay is a prominent spokesman for abolishing slavery in the British Empire who cared little for the cause, a soaring parliamentary orator who avoided debate, a self-declared Christian who was a skeptic and secularizer of English history and culture, and a stern public moralist who was in love with his two youngest sisters. Sullivan offers an unsurpassed study of an afflicted genius and a thoughtful meditation on the modern ethics of power.


Religion Enters the Academy: The Origins of the Scholarly Study of Religion in America 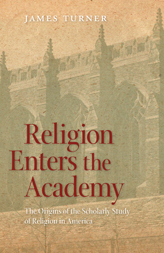 Religious studies emerged as a field in colleges and universities on both sides of the Atlantic during the late 19th century. In Europe, the discipline grew from long-established traditions of university-based philological scholarship. But in the United States, Turner argues, religious studies developed outside the academy. Until about 1820, he contends, even learned Americans showed little interest in non-European religions. However, growing concerns about the status of Christianity generated American interest in comparing it to other great religions, and the resulting writings eventually produced the academic discipline of religious studies in U.S. universities.

—The University of Georgia Press