The Fall of Tsarism: Untold Stories of the February 1917 Revolution 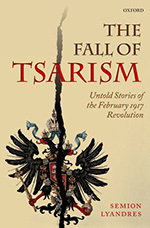 The Fall of Tsarism reveals for the first time a unique selection of interviews with leading participants in the February Revolution in Petrograd and details their incredible survival through wars and revolutions. Focusing on the pivotal period between the popular uprising on February 27, 1917 and the fall of the Russian monarchy five days later, these gripping, plain-spoken testimonies take the reader directly to the revolutionary headquarters inside the Tauride Palace. Recorded between May 1 and June 7, 1917, months before the Bolshevik takeover—at a time when the outcome of the revolution was far from obvious—the interviews are free of any post-1917 hindsight and represent the most significant contemporary testimony on the overthrow of Europe’s last old regime. 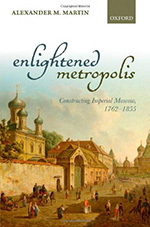 It is a cliche that tsarist Russia had two rival capitals: St. Petersburg, Russia’s “window to Europe”; and Moscow, city of palaces and onion domes, the tradition-bound metropolis of the Orthodox heartland. Enlightened Metropolis challenges this cultural myth by examining the tsarist regime’s efforts to turn Moscow into a European city. The book asks: How was the city’s urban environment transformed in the decades from Catherine's accession to the death of Nicholas I? How did these changes affect its inhabitants, and did a “middle estate” exist? Did Moscow’s urban modernization resemble that of Western cities, and how was it affected by Napoleon’s 1812 occupation? Lastly, how was Moscow’s modernization interpreted by writers, artists, and social commentators from the Enlightenment to the mid-nineteenth century? 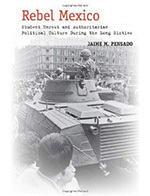 In the mid-20th century, a growing tide of student activism in Mexico culminated with the 1968 movement. This book traces the rise, growth, and consequences of Mexico's “student problem” during the long sixties (1956-1971). Pensado examines student unrest and youthful militancy, offering insight into larger issues of state formation and resistance. He draws particular attention to the shifting notions of youth in Cold War Mexico and details the impact of the Cuban Revolution in Mexico’s universities. In doing so, Pensado demonstrates the ways in which deviating authorities responded differently to student unrest, and provides a compelling explanation for the longevity of the Partido Revolucionario Institucional.

Here Lies Hugh Glass: A Mountain Man, a Bear, and the Rise of the American Nation 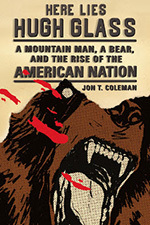 In the summer of 1823, a grizzly bear mauled Hugh Glass. Glass’s companions slew the bear, but his grave injuries mocked their first aid. Alone in Indian country, his caretakers lost their nerve and fled, leaving Glass to die. But Glass wouldn’t. He began crawling toward Fort Kiowa, hundreds of miles to the east, and as his speed picked up, so did his ire. The bastards who took his gear and left him to rot were going to pay. Here Lies Hugh Glass springs from this legend. A marginal player who nonetheless sheds light on the terrifying drama of frontier life, Glass endures as a consummate survivor and a complex example of American manhood. Here Lies Hugh Glass, a vivid, often humorous portrait of a young nation and its growing pains, is a Western history like no other. 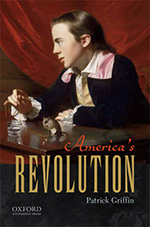 In America’s Revolution, Patrick Griffin offers a new interpretation of America's most formative period. Exploring the American Revolution from global, Atlantic, and continental perspectives, Griffin focuses on how men and women in local contexts struggled to imagine new ideas of sovereignty as British authority collapsed. He examines the relationship between ideas and social tensions, the War of Independence, the roles of the founders, and the struggles and triumphs of those on the margins. Griffin illustrates how Americans moved from one mythic conception of who they were to a very different one, a change evident in word and image. America’s Revolution captures these dynamics by exploring origins and outcomes—as well as the violent, uncertain, and liberating revolution that bridged the two. 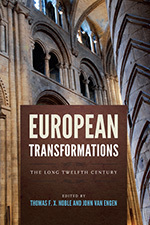 The “long 12th century”—1050 to 1215—embraces one of the transformative moments in European history: the point, for some, at which Europe first truly became “Europe.” Historians have used the terms “renaissance,” “reformation,” and “revolution” to account for the dynamism of intellectual, religious, and structural renewal. Complicating the story, more recent historical work has highlighted manifestations of social crisis and oppression. In European Transformations: The Long Twelfth Century, 19 accomplished medievalists examine this pivotal era under the rubric of “transformation”: a time of epoch-making change both good and ill, a release of social and cultural energies that proved innovative and yet continuous with the past.