Heath Carter, who joined the faculty at Valparaiso University in August, was one of just 21 Ph.D. students nationwide to receive a 2011–12 Newcombe fellowship from the Woodrow Wilson National Fellowship Foundation. The program supports students in the humanities and social sciences whose work has “significant potential for advancing academic scholarship related to ethics and/or religion.”

The Fulbright U.S. Student Program funds up to a year of research and study abroad in more than 140 countries. Approximately 1,000 winners are selected each year based on their academic and leadership potential. 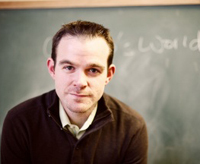 Titled “Union Made: Working People and the Rise of Social Christianity in Chicago, 1865–1914,” Carter’s dissertation examined the struggles within Catholic and Protestant churches as the institutions wrestled with “the labor question.”

“During the late 19th century, northern American cities like Chicago experienced deep unrest as a vast, poor, and predominantly foreign-born workforce faced off against a small but fabulously wealthy elite,” says Carter, who received his Ph.D. in summer 2012. “Strikes, riots, and violent confrontations in the streets were common, many of these sparked by questions about wages, hours, working conditions, etc.

“My research asks how the Christian churches made their peace with an economic system within which the mighty were not cast down and the lowly were not exalted—as well as how Americans more broadly came to accept the dramatic inequalities that shape our society still today.” 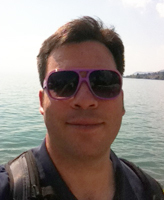 Duker’s dissertation research explores the intellectual, cultural, emotional, and psychological facets of Christian identity during the French Wars of Religion and the Savoyard siege of Geneva.

“I hope to reconstruct and critically examine how Christians during the Reformation era sought to monopolize the identity of ancient Israel, and how this identity had the power to both inflame and pacify confessional violence,” he says. “By understanding the discourse and modes of thought of these Christians, I intend to identify how specific aspects of religious belief and identity inspired confessional hostility. My research will forward our understanding of the rhetoric and reality behind religious warfare in early modern Europe.”

“I am thrilled for the opportunity to continue my research in Geneva this year,” he says, adding that he hopes to take shorter research trips to other collections in Switzerland and France, as well. 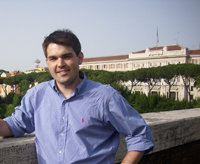 A scholar of colonial Latin American and global history, Deardorff is writing his dissertation on the ways in which the state and the Church cooperated to create a universal educational program in 16th century Spain and its colonies.

“For the first time, the kings of Spain sought to implement a program that applied to every person who lived within the borders of their realms—an important transition in the relationships between individuals and the states of which they formed part,” he says. “This new, idealized citizenship was predicated upon the demonstration of Christian belief and the appropriation of Spanish cultural customs.”

Deardorff, who used his Fulbright to conduct archival research in Spain, seeks to discover “whether the real, daily process of acculturation ever looked anything like the ideals mapped out in formal meetings.” 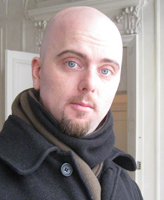 For his Fulbright, Gerth spent 10 months in Tver, Russia, a city northwest of Moscow. There, he dug through archival documents—everything from criminal investigation reports to hospital and school records—to study the lives and work of provincial bureaucrats.

His dissertation explores how local bureaucracies laid the groundwork for a powerful modern state in Russia.

“Examining their world,” Gerth says, “will help us further understand what changes in provincial society helped spark the major social upheavals that Russia experienced during the latter decades of the 19th century.”

Moscatiello focuses his doctoral work on medieval Iberia, social history, the history of Christianity, the history of the family, and domesticity. In 2010, he chaired an international graduate student conference at Notre Dame called “From Iberian Kingdoms to Atlantic Empires: Spain, Portugal, and the New World, 1250–1700.”

“Our conference caught the attention of the editors of the Journal of Medieval Iberian Studies, who agreed to publish a special issue of the conference proceedings in 2012,” Moscatiello says, adding that one of the editors, Julio Escalona Monge, then offered to sponsor his application for a Fulbright to Spain.

In Madrid, Moscatiello collaborated with scholars at the Consejo Superior de Investigaciones Científicas (Spanish National Research Council) to do archival investigations for his dissertation on the history of private life and domesticity in medieval Spain—specifically the everyday interactions between Muslims, Christians, and Jews.