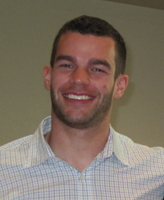 As a student in Notre Dame’s Department of History, Colin Rich ’11 didn’t memorize the names and dates of significant World War I battles, and he can’t recite a list of every U.S. president and vice president.

What he did learn as a history and economics major in the College of Arts and Letters was far more valuable: the ability to uncover how and why things happen, to speak persuasively, to write concisely, and to synthesize an array of sources into a cogent argument.

“I was drawn to the history major because of an interest in the analysis of change—the causes that lead to major historical events and their effects—not so much specific facts or figures,” says Rich, a native of Grand Rapids, Mich., who now works as an associate consultant at CAST Management Consultants in Los Angeles.

In exploring post-graduation opportunities, Rich says he found that many companies seemed to value a strong liberal arts background because they want to hire problem-solvers who can bring different perspectives.

And those are just the kinds of skills history majors learn to develop, notes Daniel Graff, the department’s director of undergraduate studies. “Historical study provides a firm foundation in the critical thinking and communicating skills necessary to navigate our complex contemporary world,” he says.

“Our majors emerge highly prepared to succeed in the widest variety of professions, whether medicine or management, teaching or policymaking, consulting or law, or the further study of history.”

As an example of these divergent career paths, Graff points to Michelle Gaseor ’11 and Stephanie Mulhern ’11, co-winners of the department’s best senior thesis award last spring.

According to the prize committee, both students’ projects “showcase serious primary research using foreign-language sources mined in archives abroad; they exhibit smart and synthetic analysis of primary documents to tell new and original stories about events and people familiar to specialists in the field; and they display a mature confidence in articulating arguments that reveal a true engagement with the scholarship they critique and build on at the same time.” 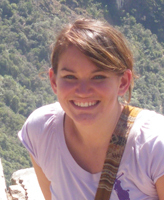 Mulhern, a fluent Spanish speaker who wrote her thesis on idolatry and gender in late colonial Lima, Peru, took her knowledge and skills to the corporate sector as a foreign intelligence consultant with Booz Allen Hamilton in Baltimore.

“I’ve always been interested in international development and government relations,” says Mulhern, who started her new job in August. “I’m working in a research position with an international focus, which will allow me to continue using the skills I developed as a history major while working with different government organizations and learning from experts in these fields.”

Gaseor, for her part, is headed to University of Wisconsin in Madison to begin a doctoral program in modern European and East Asian history, financed by a George Mosse Fellowship.

“The department works hard to encourage and support undergraduate research, and that research really helped me decide that I wanted to get my Ph.D. in history,” she says. “Studying abroad and writing a senior thesis helped me get directly into grad school and into a doctoral program with funding.”

Gaseor focused her thesis on the public image of Lucie Dreyfus, the wife of the late 19th-century French Army captain at the center of the “Dreyfus Affair.” She began her research while studying for a year in Paris and then continued the summer she returned, thanks to an Undergraduate Research Opportunity Program grant from the College’s Institute for Scholarship in the Liberal Arts. 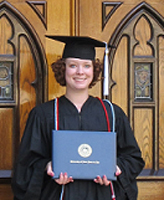 At the start of her undergraduate career, Gaseor says she felt pulled in many different academic directions before realizing that a history major allowed her to explore all of them.

“I am a creative person,” she says. “I enjoy writing. I love reading about history and different cultures. I enjoy linguistics and studying languages, particularly French and Japanese. History combines all of my strengths and interests in a way that other subjects did not.”

As a young alumnus now in the business world, Rich encourages current Notre Dame students to pursue “anything and everything that might be of interest” and thus build for themselves a well-rounded undergraduate education.

“Business, engineering, and architecture all prepare students for specific fields that require a specific skill set,” he says. “I appreciate my two College of Arts and Letters majors because they taught a broader spectrum of skills applicable to multiple career paths.

“The history major is a major in intellectual resourcefulness,” he adds, “and it fosters communication and analytical competencies that give you an edge in the real world.”