Think about the study of history, and you might conjure images of dusty books and timelines. But Notre Dame history majors John Karol and Christine Affleck, both Class of 2012, and senior Jordyn Smith demonstrate how the versatile skills they developed in the College of Arts and Letters can be applied to a wide array of challenging internships and career paths. 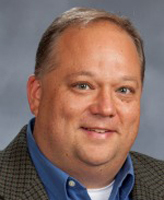 “Many students—and parents—mistakenly believe that history is not a practical major, but our graduates thrive in all fields, from finance to filmmaking, management to medicine, public policy to practicing law,” says Daniel Graff, director of undergraduate studies in Notre Dame’s Department of History.

“Employers value not only the ability of our majors to think critically and communicate effectively but also the perspectives they have gained by exploring the diversity of the human experience across the global past, a fundamentally important asset in our increasingly interconnected world.”

The first year of studies at Notre Dame is designed to allow students to explore a variety of subjects and do some soul searching before they select a major. Karol, for example, started at Notre Dame thinking he would pursue a major in business.

“I thought I wanted to get a job in finance, and it seemed like where my long-term interests lay, ” Karol says, “but history’s always been my favorite subject.”

Unsure what to do, Karol met with his adviser and realized that while he liked business, it wasn’t necessarily the right fit for him as a major—and, in fact, was not the only path to fulfill his career plans.

“History was the more natural thing for me to study,” he says. “I just resisted it at first because I felt obligated to do business and so many kids were enrolled in it.”

His choice of major paid off even before he graduated: In summer 2011, Karol got an internship working as an analyst on an investment team at Goldman Sachs in New York City. “I told them in the interview that I was a history major,” he says, “and they said, ‘Oh, no problem, we like people like that.’”

Karol dealt primarily with the numbers side of the investment business, but while the work was highly quantitative, he says the writing skills he learned as a history major proved particularly helpful.

“In my team, we had to monitor a lot of funds, and the way we did that was by generating a lot of thick memos about the funds,” he says, adding that he was also the person tasked with taking notes during quarterly calls with the funds’ managers.

“The ability to process things quickly and present them in an effective and concise manner is key.”

Today, Karol works full time at Alliance Bernstein, a company similar to Goldman Sachs. He is an associate in the distribution unit, managing sales, marketing, and product development.

The Value of Versatility 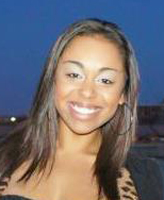 Students who major in history are not trained for a particular career, according to Graff. “Instead, we teach them how to ask and answer important questions. In short, we teach them how to learn,” he says. “Our students graduate as critical thinkers, persuasive writers, and effective communicators, and they take these skills with them to whatever careers they choose.”

That flexibility was part of the appeal for Smith, who had started out as a pre-med student because she wanted to be a plastic surgeon.

“About halfway through my sophomore year, I realized I didn't really love what I was doing, and the path I saw myself taking didn't seem right for me,” she says. “I decided to switch to an Arts and Letters major to give myself more room to be creative with my career path.”

History was a perfect fit, she says. “The history major let me learn about things I am interested in, while not necessarily tying me down to a specific job.”

In spring 2012, Smith spent the semester in Notre Dame’s Washington, D.C., program. Looking to explore a career in the entertainment industry, she reached out to the general manager of the TLC network, who happened to be a Notre Dame alumna, and was able to secure an internship in the company’s creative marketing department.

“I had no background in television, but the production side, which includes writing story lines and analyzing episode footage, was compatible with the research and writing skills I had gained from the history major,” Smith says. “In history, I learned how to form concise summaries of primary documents, and I used this same method working with the producers to make commercial promos.”

From Parliament to Capitol Hill

As a student, Affleck also took somewhat of a winding path in her way to studying history.

“Even before I came to school, I knew that I really loved politics and figured, without really thinking, that if I want to get into politics, I need to be a political science major,” she says. “That wasn’t the case at all.”

As an undergraduate, Affleck was able to land internships both with the British Parliament and with her U.S. Senator. In Parliament, she worked on a number of projects, including speech writing for one of its members. As an intern for U.S. Senator Jack Reed of Rhode Island, Affleck spent the summer in Washington, D.C., working on legislation related to education, transportation, and women’s issues.

Being a history major, she says, gave her all the skills she needed to get and succeed in her internships. “Being able to talk about different issues, speak in front of people, and write well—those are all so important.”

Her analytical skills, she says, were especially vital.

“History gave me the ability to go through complex bills and siphon out what’s important, and then give it to people who need it,” she says. “It sounds like a small thing, but my summaries would go to the senator, and if I got something wrong because I didn’t quite understand something or figure out what it meant, he could say something stupid in front of a camera—and it would be my fault.”

As a new graduate, Affleck made a two-year service commitment with Teach for America and is now applying her skills at a special-education charter school in the Bronx, N.Y.

The diversity exhibited by just these three history alumni is no surprise to Graff.

“The historian brings to any contemporary conversation a better understanding of the complexity of the human condition, the diversity of the human experience, and the variety of solutions available to the problems common to all human societies.”