Undergraduate student Thomas Dugan and graduate student Susy Sánchez have been named the recipients of the 2010–11 John Doyle Klier Prizes for scholarship and service to the University of Notre Dame’s Department of History.

The new awards program is named for the late John Klier ’66, a history major who also received his master’s in history from Notre Dame and went on to become the Sidney and Elizabeth Corob Professor of Modern Jewish History at University College, London.

During his career, Klier was considered one of the world’s foremost authorities on the history of Russia’s Jews from the late 18th century to the Soviet era.

“John Klier was respected as a scholar and admired as a teacher,” says Thomas F.X. Noble, professor and former chair of the department. 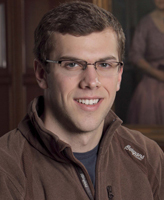 Klier prize recipient Thomas Dugan spent three years in the history department as a major and a student worker before receiving his bachelor’s degree in May 2011.

Daniel Graff, director of undergraduate studies for the department, says Dugan “became the de facto undergraduate embodiment of the history community” at Notre Dame, acting as a department resource for younger students and even participating in faculty candidate interviews.

“I can’t think of another undergraduate in my decade at Notre Dame who has better combined academic success and service to the Department of History,” Graff says.

Dugan’s scholarship as a history major culminated in his senior thesis on the Chesapeake Bay region, which explored the way landscapes are both perceived and created by human and non-human actors.

“I examine how the advent of railroads to Maryland’s Eastern Shore in the late 19th century enabled the development of commodity networks that redefined the relationships between humans and the environments they inhabit,” he says. 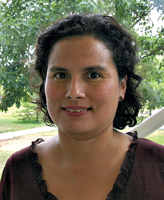 Susy Sánchez, the first student in the department’s new doctoral track in Latin American history, received the Klier award for her research.

“Her dissertation examines the ways in which three radically different political regimes in Nicaragua have worked to reshape national myths, histories, and symbols—and, thus, the very identity of the nation,” says Ted Beatty, associate professor and Sánchez’s dissertation adviser.

By tracing and explaining the political manipulation of Nicaraguan history and national memory from 1936 on, Beatty says, Sánchez is shedding light on how the country is a uniquely compressed case of the extent to which political regimes seek to craft national identity and the limits of those efforts.

In addition to teaching an undergraduate course on Latin American independence, Sánchez has already published several articles and chapters on her work and is expected to finish her dissertation in spring 2012. 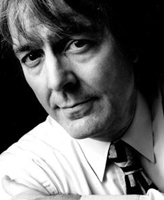 This is the first year for the Klier awards in Notre Dame’s Department of History. They honor outstanding work by undergraduates, graduate students, and professors. Noble was the recipient of this year’s Klier Professor Research Award.

The Klier family has set up similar memorial prizes at three other institutions with which John Klier, who died in 2007, was associated. Each year, prizes will be awarded at one of the four universities: Notre Dame; University of Illinois; University College, London; and Fort Hays State University in Kansas.

After completing his master’s degree at Notre Dame, Klier went on to study at the University of Illinois, from which he received his Ph.D. in Russian history. He then taught at Fort Hays State University before moving overseas to teach in the Department of Hebrew and Jewish Studies at University College, London.

John Klier was also an All-American fencer during his time at Notre Dame and, in fact, came from a Notre Dame family. His father, Eugene Paul Klier ’40, played basketball for the Irish and later helped coach the team while he pursued a Ph.D. in metallurgy; his uncle Leo Anthony Klier ’46 was also a basketball player, and a two-time All-American for the sport.