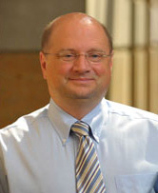 History Professor R. Scott Appleby, John M. Regan, Jr., Director of the Kroc Institute for International Peace Studies, has been inducted into the American Academy of Arts and Sciences (AAAS).

“The AAAS has a long and distinguished history, dating back to its first president, John Adams, and extending to its current roster, which includes prominent figures in all the disciplines as well as Nobel laureates in the sciences, literature, and economics,” Appleby says. “But it has not been known for its roster of Roman Catholic or Christian intellectuals—until recently, that is, when our distinguished colleagues Mark Noll and Sabine MacCormack were inducted.”Since its founding during the American Revolution, the academy has elected leading “thinkers and doers” from each generation, including George Washington and Benjamin Franklin in the 18th century, Daniel Webster and Ralph Waldo Emerson in the 19th, and Albert Einstein and Winston Churchill in the 20th.

“I am most pleased to be joining them in this illustrious society,” he says, “and for whatever additional recognition Notre Dame and our history department might receive as a result.”

Noll, the Francis A. McAnaney Professor of History at Notre Dame, was elected to the AAAS in 2004. In 2007, the academy selected MacCormack, a history and classics professor and the Rev. Theodore M. Hesburgh, C.S.C., Professor of Arts and Letters.

Appleby was inducted in October 2010, along with 228 other leaders in the sciences, humanities, arts, business, public affairs, and the nonprofit sector.

Also joining the academy this year were University of Notre Dame President John I. Jenkins, C.S.C., and Scott P. Mainwaring, Eugene P. and Helen Conley Professor of Political Science and director of the Helen Kellogg Institute for International Studies. Their inductions bring to 21 the number of Notre Dame faculty members selected to join the AAAS.

In welcoming the new member scholars, Leslie Berlowitz, AAAS Chief Executive Officer and William T. Golden Chair, noted that the academy looks forward “to drawing on their knowledge and expertise to provide practical policy solutions to the pressing issues of the day.”

Appleby is a historian of religion whose current work examines the roots of religious violence and the potential of religious peacebuilding. He is currently leading Contending Modernities, a multi–year, interdisciplinary research and public education initiative to examine the interaction among Catholic, Muslim, and secular forces in the modern world.

Appleby is the author of “Church and Age Unite!” The Modernist Impulse in American Catholicism and general editor of the Cornell University Press book series, “Catholicism in Twentieth Century America.” He is also the author ofThe Ambivalence of the Sacred: Religion, Violence and Reconciliation (2000), Strong Religion (2003) and the editor of Spokesmen for the Despised: Fundamentalist Leaders of the Middle East (1997). Before joining the Notre Dame faculty in 1994, he served as co-director of the Fundamentalism Project, an international public policy study conducted by the AAAS.

Appleby, a 1978 Notre Dame graduate, holds master’s and doctoral degrees from the University of Chicago. He has been a fellow of the Kroc Institute since 1996 and its director since 2000. From 1994 to 2002 he was the director of the Cushwa Center for the Study of American Catholicism.