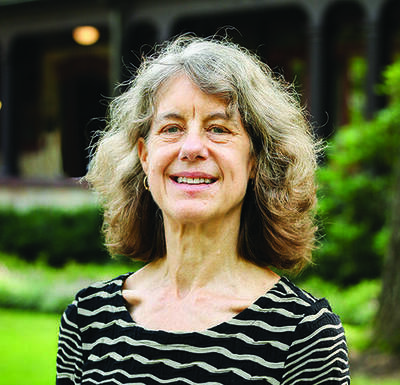 Please join the History Department for the semi-annual DeSantis Lecture. Dr. Elizabeth Schmidt, Professor Emeritus of History at Loyola University Maryland, will deliver a lecture titled "Foreign Intervention in Africa during the Cold War: Laying the Foundations of the Current Crisis." The lecture will take place in Bond Hall room 104 from 4:30-5:30 PM on Friday, March 3rd. A reception will follow on the fourth floor of Decio Hall. The lecture is open to all, and registration is not required.

Professor Schmidt holds a Ph.D. in African history from the University of Wisconsin-Madison. Her books include Foreign Intervention in Africa After the Cold War: Sovereignty, Responsibility, and the War on Terror (2018); Foreign Intervention in Africa: From the Cold War to the War on Terror (2013); Cold War and Decolonization in Guinea, 1946-1958 (2007); Mobilizing the Masses: Gender, Ethnicity, and Class in the Nationalist Movement in Guinea, 1939-1958 (2005); Peasants, Traders, and Wives: Shona Women in the History of Zimbabwe, 1870-1939 (1992); and Decoding Corporate Camouflage: U.S. Business Support for Apartheid (1980). Dr. Schmidt has published in scholarly journals such as the American Historical Review, the Journal of African History, and Signs: Journal of Women in Culture and Society, and in news outlets including the Washington Post.