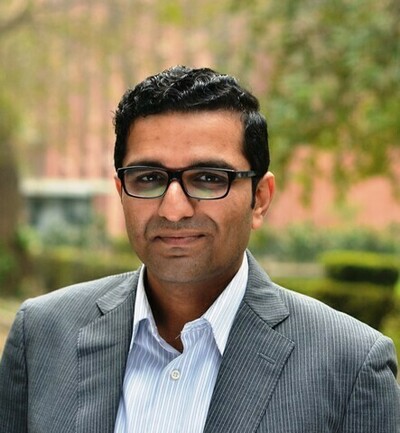 Notre Dame alumnus Yaqoob Bangash '04 a Fulbright fellow at the Mittal Institute at Harvard University, will discuss his research on the emergence of Pakistan as a post-colonial state.

His lecture is sponsored by the Liu Institute's South Asia Group.

Yaqoob Khan Bangash is a historian of Modern South Asia and a current Fulbright Fellow at the Mittal Institute. His current research interests lie in the emergence of Pakistan as a post-colonial state, with broader interests in decolonisation, modern state formation, formation of identities, and the emergence of ethnic and identity based conflicts. Dr Bangash’s first book, A Princely Affair: Accession and Integration of Princely States in Pakistan, 1947-55, was published by Oxford University Press in 2015. In 2018, he completed another book, Between the Sword and the Pen: The History of the Lahore High Court. He is currently working on a monograph on the imagination of Pakistan as a country after its creation, using the debates of the Constituent Assembly of Pakistan (1947—56) as primary material. In 2016, Dr. Bangash founded the first academic literary festival in Pakistan, the ‘Afkar-e-Taza ThinkFest,’ which attracted over 16,000 people in 2018.

Bangash has received several grants and honours including a Senior Fellowship at the Religious Freedom Institute (USA), Fellowship of the Presbyterian Historical Society (USA), David M. Stowe Research Fellowship at Yale (USA) and the American Academy of Religion Collaborative Grant (USA). He also regularly writes for The News, Daily Times, The Express Tribune and other newsmedia.