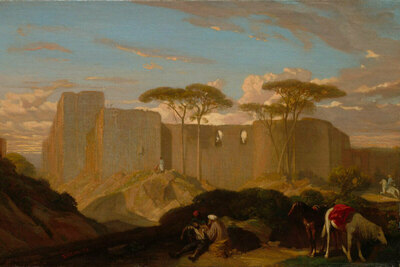 Is the foreigner friend or foe? The rhetoric around immigration has become ever more heated as globalization, climate change, pandemics, civil wars and proxy wars, the ease of travel, and cross-cultural exchange and encounter have rapidly increased. In the transition from the medieval to the early modern period, a similar intensity in such activity within Europe and outside its borders dominated everything from literature to politics to religion. A nascent xenophobia makes itself known in disputes between different peoples, of course, but also between members of the same culture. In France, for example, Protestants were often considered a foreign element to be excised.

On the other hand, foreigners often fascinated the natives or served as a political tool of comparison in their attempts to affirm or purify their own culture. Either way, representations of and interactions with the foreigner could reveal ambiguity with respect to the newcomer but also within one’s own culture. The stranger could quickly become one’s neighbor, if the conditions were right. This complicates medieval and early modern xenophobia, as fears can be assuaged if certain advantages present themselves.

This interdisciplinary international conference, with a special focus on the domains of literature, religion, theology, politics, and history and their intersections, seeks to explore the reality of
xenophobia and what role it played in medieval and early modern societies. Do outsiders offer an opportunity for charity or even enlightenment? Are they insidious agents of a foreign power or reinforcements called in to strengthen a purportedly supranational religious identity? Are they rapacious barbarians or civilized partners of trade? This is more than a question of the “Other”; it is about exploring the ambiguities of migration and cross-cultural exchange in the culture and in daily life in a period of religious, political, and cultural upheaval within Europe and beyond.

For additional inquiries or questions, please email either of the co-organizers:
Gregory Haake (ghaake@nd.edu) or David Lantigua (lantigua.1@nd.edu)

This event is generously supported by the University of Notre Dame’s Institute for Scholarship in the Liberal Arts, the Nanovic Institute for European Studies, and the Kellogg Institute for International Studies.