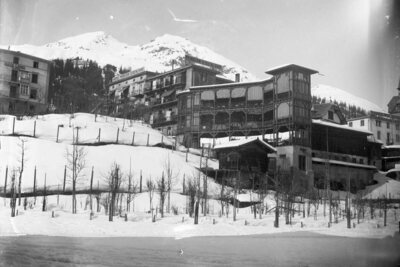 In March 1909 in a hotel in Davos, Switzerland, an Austro-Hungarian army officer shot dead a Dutch composer in front of all the other guests. Historian John Deak will discuss this case and, in the process, take us on an exploration of the cult of honor and the peculiar world of Davos in Europe on the eve of the First World War.

This lunchtime event is part of the Nanovic Institute's Faculty Fellow lecture series. The event is free and open to all.

John Deak is an associate professor of European history in the Department of History at the University of Notre Dame. His research interests lie in the history of European political culture from the Enlightenment to the twentieth century, particularly in the region broadly defined as central Europe. Deak's more recent work is within twentieth-century history, researching topics that include political Catholicism and Fascism, the First World War, civil-military relations, and authority and power associated with states and bureaucratic organizations.

His publications include Forging a Multinational State: State Making in Imperial Austria from the Enlightenment to the First World War (Stanford University Press, 2015) and the edited volume The Central Powers in Russia's Great War and Revolution (Slavica Publishers, 2020, co-edited with Heather R. Perry and Emre Sencer).