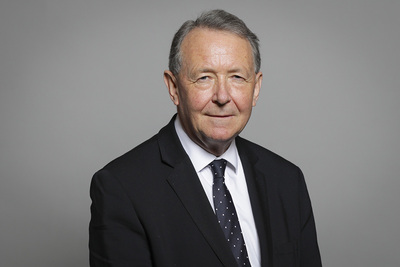 David Alton (Professor Lord Alton of Liverpool) has served in both Houses of the UK Parliament. He was a Member of the House of Commons for 18 years until 1997, when he was appointed a Life Peer. Alton began his career as a teacher and, in 1972, he was elected to Liverpool City Council as Britain’s youngest City Councillor. He now serves on the House of Lords International Relations and Defence Select Committee.

In his Nanovic Forum lecture, Alton will discuss the repeated failure to avert genocide in places like Europe’s Balkans and now in Xinjiang. He will describe a Genocide Amendment which he pioneered through the UK Parliament in 2021 and outline the way in which authoritarian regimes—from Russia to China—have undermined the United Nations’ Genocide Convention. He will discuss such topics as the upholding of the rule of law, the international community’s ability to bring to justice the perpetrators of atrocity crimes, and why “never again” happens all over again.

David Alton is known for his human rights work: in 1987 he co-founded the children’s charity Jubilee Action (which changed its name to Chance for Childhood in 2014), and he serves as chair, patron or trustee of a number of voluntary organizations, including CRISIS, the International Young Leaders Network, Karen Aid, and the Christian Heritage Centre. In 1997, he was appointed Professor of Citizenship at Liverpool John Moores University. In 2017 he was appointed as a Visiting Professor at Liverpool Hope University. He is a Knight Commander of Merit of the Sacred Military Constantinian Order of Saint George (2003) and a Knight Commander of the Order of St. Gregory the Great (2008), both Roman Catholic orders of chivalry. In 2016 he was given the St. Thomas More Religious Freedom Award for his commitment to Article 18 of the Universal Declaration of Human Rights. In 2017 he was awarded the Commander’s Cross of the Order of Merit by Janos Ader, President of Hungary. In 2019 he was given a US State Department award for his Article 18 work on freedom of religion or belief.

Alton is the author of several books, including What Kind of Country? (Marshall Pickering 1987), Whose choice anyway? (Marshall Pickering 1988), Faith in Britain (Hodder & Stoughton 1991), Life After Death (Christian Democrat Press 1997), Citizen Virtues (Harper Collins 1999), Euthanasia: Getting To The Heart of The Matter with Martin Foley (2005), Abortion: Getting To The Heart of The Matter with Martin Foley (2005), Building Bridges – Is there hope for North Korea? with Rob Chidley (2013). He has also authored several reports on human rights in countries such as North Korea, Burma, the Democratic Republic of the Congo, Brazil, Sudan/Darfur, Tibet and Rwanda—all of which he has visited. His latest book will be published soon. This work, which is co-authored with Dr. Ewelina U. Ochab, begins by examining the genocide of the European Jews in the Holocaust, and the work of the Polish Jewish lawyer, Raphael Lemkin, who framed the 1948 Genocide Convention. The book explores the crime of genocide and the failure to bring perpetrators to justice. Alton draws on first-hand experience of visiting Burma, Darfur, Western China, Rwanda, Sudan, North Korea, Iraq and elsewhere.