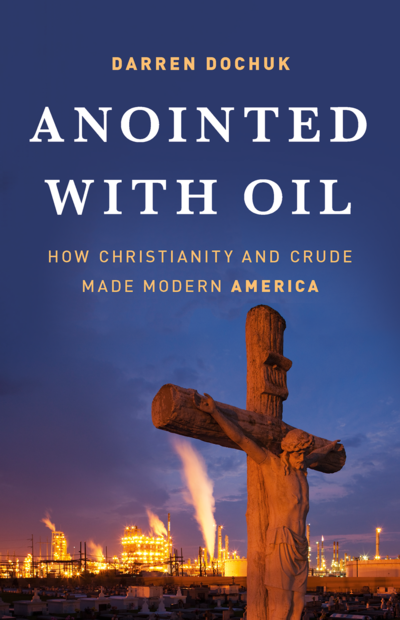 A groundbreaking new history of the United States, showing how Christian faith and the pursuit of petroleum fueled America's rise to global power and shaped today's political clashes.

Anointed with Oil places religion and oil at the center of American history. As prize-winning historian Darren Dochuk reveals, from the earliest discovery of oil in America during the Civil War, citizens saw oil as the nation's special blessing and its peculiar burden, the source of its prophetic mission in the world. Over the century that followed and down to the present day, the oil industry's leaders and its ordinary workers together fundamentally transformed American religion, business, and politics -- boosting America's ascent as the preeminent global power, giving shape to modern evangelical Christianity, fueling the rise of the Republican Right, and setting the terms for today's political and environmental debates.

Ranging from the Civil War to the present, from West Texas to Saudi Arabia to the Alberta Tar Sands, and from oil-patch boomtowns to the White House, this is a sweeping, magisterial book that transforms how we understand our nation's history.


Drinks and hors d'oeuvres provided. Copies of the book will be available for purchase.